First Hatch With My Incubator!

Decided to hatch out some of my Silver Laced Wyandotte's eggs since I have a rooster!

Started the eggs on the 1st of Feb so I would easily remember when to start watching for pips (the initial hole in the shell that signals hatching is going to start). It was late in the day when I started the incubator, which I had been running for a while to make sure it got up to temperature and I could figure out how often I needed to add water.

Started with 20 eggs- some of the eggs were an experiment. We lost a hen to a bobcat when they were free ranging and I was hoping that putting in 6 eggs from when she was alive would give us at least one that was her baby. Unfortunately, none of the month old eggs developed at all. I pulled them after candling (holding a bright light up to the egg in a dark room to see the inside development) on day 8 or 10. I hadn't seen development when I candled on day 5, but wanted to give them a little extra time to see what happened. I removed them because I was worried about them exploding and contaminating the other eggs, all of which were developing.

Incubator went into lock-down (you close the incubator and don't open it unless it's an emergency, no more turning eggs) on day 18, after I candled and noted location of air pockets. I did not open the incubator after this point until after all eggs had pipped, and only to remove the dish of water I had in there to replace with a sponge to prevent drowning. Temperature and humidity did not drop a significant amount.

Our first chicks hatched on day 22. I now know that the incubator calibration was slightly off, and temperate was a little low and humidity was a little higher than I would have liked. I now have a Bluetooth enabled hydrometer (tracks temperature and humidity) in the incubator to make sure everything is exactly where it should be.

I would call round one a very successful hatch. If you don't count the old eggs that I didn't expect to hatch, there was a 100% success rate.

There were three eggs that were struggling to finish zipping (completing the process of cracking the egg all the way around). On the end of day 23 I assisted them with manual zipping and left them in the incubator with the plan to assist more if they hadn't made progress by morning. All chicks were hatched when I woke up on day 24. Two of the assisted hatching chicks had minor problems- one was a bit sticky, with membrane stuck to their body and a bit small. The other chick had curled toes on one foot, and was struggling to walk well.

I helped the chick with curled toes by making a little shoe out of tape and gently uncurling the toes so they were straight. The shoe stayed on for 3 days, then I took it off to check progress. The foot was completely flat and the toes were the same as the other chicks. I put them back in the brooder and they were running around with zero issues, other than getting used to not having their shoe anymore and therefore having full use of the foot.

The sticky chick was small and not moving a lot when they were in the incubator. They  seemed very tired from the effort of hatching. I waited overnight, leaving them in the incubator with footie, the chick with the curled toes. They still hadn't dried/cleaned up by when I got up, so I got paper towels and a warm dish of water. I got a paper towel soaking wet, then gently wrapped it around the chick to help loosen the leftover membrane and goo from their delicate skin. As I was waiting for it to soften things, I fed them nutridrench with a medicine dropper.

After a few minutes I gently dabbed with the paper towel, getting off as much as I could without pulling or tearing their skin. I then put them back into the incubator to warm up so they wouldn't get chilled and die from that. I repeated this process every half an hour until they were mostly clean. We call this chick Scraggles. Scraggles is doing great now and running around like all the other chicks. They are a bit small, but they have been working on growing and getting new feathers.

All in all it was a successful first hatch, and a great learning experience. I have a full load in the incubator now. It's day 7 for those eggs. Follow my Instagram if you want to see real-time hatch pics and other slice of life pictures! I also post content on my TikTok, including videos of eggs and chicks!

If you are interested in buying something to "treat" my chickens, my Amazon Wishlist is here. 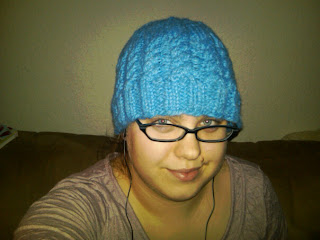 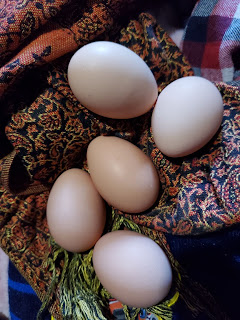